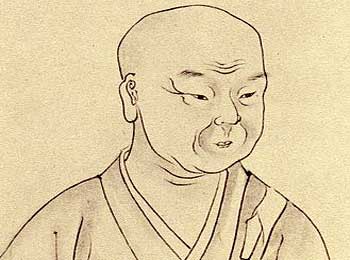 In city of Kyoto, lived a Zen master called Keichu. He was a head of huge Cathedral in city. He was well respected for his astute perceptiveness.

When Kitagaki took over as Governor of city of Kyoto, he went to meet Keichu.

Upon reaching Cathedral, Kitagaki presented his business card to Keichu’s attendant and asked him to let him know. Attendant asked Katagaki to wait and went inside.

Attendant bowed in front of master and said, “Master, there is someone to see you..”

Seeing card Keichu threw it saying, “I have nothing to do with this fellow. Tell him to leave right away..!!”

Attendant picked up the calling card and dashed to the hall where Kitagaki was waiting. “My apologies, dear Sir. Master does not wish to see you,” he told the Governor, remorsefully returning his card.

Kitagaki was startled. He took his card and was about to leave when he read words on his card, realizing his mistake.

At once he took pen out of his pocket and scratched out something from his card.

Then he once again he gave his card to attendant saying, “Would you please be kind enough to ask your Master one more time?”

The attendant returned to Keichu’s chamber and handed him the Governor’s card again. The card now simply read: Kitagaki. The Governor had scratched out the words, “Governor of Kyoto.”

Keichu read the card and his eyes lit up.

“Oh, it is Kitagaki? Yes, I would like to see him now.. send him in please!”, he told his attendant.