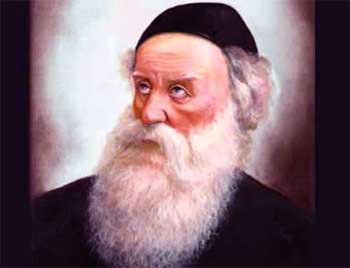 Once someone came to him and asked, “Which is more significant, more valuable – Wealth or Wisdom?”

Man said, “Then, I have another question – I always see you – the wise man, waiting on wealthy. You always go to rich people house but i have never seen any wealthy man waiting on you.


But you say that wisdom is more valuable than wealth. If it is so, then explain this phenomenon to me.”

Baal Shem laughed again and said, “Yes, of course wise men go to wealthy ones because they are wise enough to know value of wealth where as wealthy people as just wealthy and they can not understand value of wisdom.

If you see a saint going to a palace, you will say – Oh! This man is not saint.

It is finished because you look through your own eyes. Wealth has meaning for you. You can only follow a saint who renounces wealth because you are wealth obsessed.

You look through you and whatsoever you say is more about you than about anyone else. It is always about you, you are the reference.

When you say that Buddha is not enlightened, you don’t mean that, you simply mean – For me he doesn’t look enlightened.

You have fixed categories of thought and you go on using them. To you pathology is recognizable but enlightenment is not.