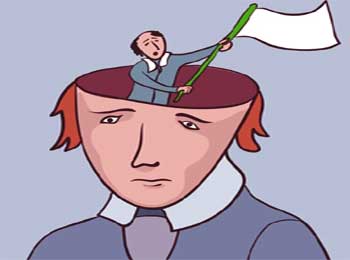 Once in a city, lived a martial arts teacher who was wise and famous for his teachings.

There lived a man who was scared of everything and would run away from everything that scared him. It was getting difficult for him to live normally. So one day he decided to go to Master for help.

He went to him and said, “I am very cowardly. I don’t want to live like this anymore, please teach me bravery.”

Master looked at him and said, “I will teach you bravery but only on one condition. That is – For one month you will have to live in a big city and tell every person, you meet on your way that you are a coward. You will have to say it loudly and openly, looking straight into person’s eye.”


Person got really scared as this task was very scary for him being a cowardly person he couldn’t even talk to people properly.

For a couple of days, man got really sad and thoughtful. He couldn’t get courage to do this task but then he didn’t want to even live with his cowardice.

So, he traveled to city to accomplish his mission.

At first, when meeting with passer by, he would lost his speech and couldn’t contact anyone. But he knew that if he want to learn bravery than he needed to finish this task given to him by master.

So he began to overcome himself. When he came up to his first passer by to tell him about his cowardice, he felt like he would die from fear but still he was able to said it in slow voice.

With every passing day, his voice sounded louder and more confident.

Suddenly came a moment, when he found that he was not scared anymore, now it was easier for him to task assigned to him. He continued doing his task. That way month passed.

Man came back to Master, bowed down to him and said, “Thank you, Master. I finished your task. Now, i am not afraid anymore. I wanted to ask you one thing.”

Man questioned, “How did you knew that this strange task will help me to overcome my fear?”

Master replied, “Thing is that Cowardice is only a habit and by doing same thing that scare us, we can destroy that habit and come to result that you got.

Now bravery is also a habit and if you want to make bravery a part of yourself then you need to move forward into the fear, fight it and then fear will go away and bravery will take it’s place.”