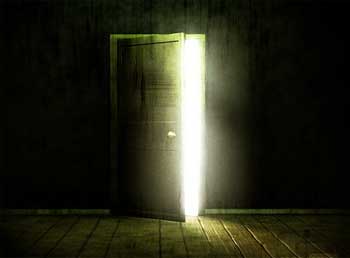 It was night time, a man was driving down the road and his car breaks down near monastery. Because of night time he goes to monastery and knocks on door. As monk came outside and open the door, man says, “My car broke down. Can i stay here for a night?”

Monk accepted his request. Monks not only let him stay but also feed him and even fixed his car. As man tried to fell asleep, he heard a strange sound. Next morning he asked monk about that sound but monk said, “We can’t tell you that because you are not a monk.”

Man felt disappointed but thank them and left on his way.

After some years, same man car breaks down in front of same monastery. Everything happened same as before. Monks accepted him and feed him and fixed his car.


This time when man went to sleep even this time he hears same strange noise that he had heard earlier. Next morning he asks monk about that noise but monk replied same, “We can’t tell you because you are not monk.”

Man said, “All right. i want to know what reason for that sound if only to find out about it is to become a monk, then tell me how can i become a monk?”

Monk replied, “If you want to become a monk then you have to travel the earth and tell us the exact number of sand pebbles. When you find this, you will become a monk.”

Monk congrats the man and said, “Now we shall show you the way to the sound.”

Man was happy as monk lead him towards a wooden door and said, “Sound you looking for is right behind that door.”

Man opens the door and behind that door he saw another door made of stone. Again man saw that the door was locked so he asked for key to that door.

Finally monk said, “This the last door and here is key to this door.”

Man was at last relieved and he unlocks the door, turns the knob and he was amazed to find the source of sound behind that door