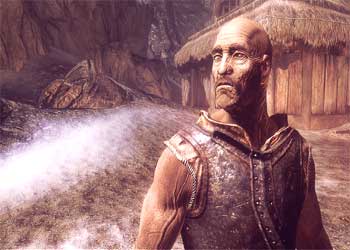 Once lived a great warrior who was quiet old but still was able to defeat any challenger. He was famous throughout the island and had many students gathered to study under him.

One day a young warrior arrived at village was determined to be the first one to defeat great warrior. He had great strength and along with it he had the ability to find out the weakness of his opponent and use it against his opponent during fight.

In every fight he would wait for his opponent to make the first move so that he can understand his weakness and then would strike with great speed and force. It was known that no one ever lasted a battle against him after first move.

Much against the advice of his concerned students, the old master gladly accepted the young warrior’s challenge.


On the day of battle, all gathered at the place of fight. As the battle began, young man started to insult old master. He threw dust at him and spit in his face but sold master stood motionless. For hours young man verbally assaulted him with every kind of insult known still old man stood calmly in front of him.

Finally young warrior was exhausted and he knew he was defeated and left place in shame.

Students were disappointed that their master didn’t fight young warrior even after hearing such insults from him. So they gathered around master and asked him, “How you were able to endure such indignity and what was the reason that drive the young warrior away??

Old master gave a very beautiful reply. He said, “If someone comes to give you a gift and you do not receive it then to whom does it belong??”

Moral:
We need to Keep Calm even when people around us try to Provoke us.