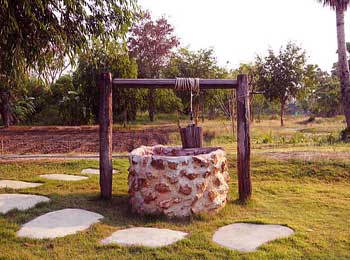 Long ago, lived a reputed merchant in a village who was blessed with a son after many years of his marriage. Son name was Chandra who was pampered by everyone in house. His every wish was fulfilled by his parents and family members.

Chandra became a young man who never lacked anything in life, so his outlook towards life was very different and at same time his father had established his business with hard work. It was evident to merchant from Chandra’s behavior that he didn’t knew importance of fruits of hard work.

Even after merchant asked his son to join his business and work with him, his son would never go to work. After deep contemplation, the businessman decided that he himself would teach Chandra the importance of the fruits of his hard work. Even if he has to be tough for that.


One day he called his son and all family member in center hall of his home.

Then he said to Chandra in serious voice, “You have not contributed to my business at all and from now on you will be given food in this house only when you can give money for that food.”

After this father said to all family members, “No one will help Chandra nor would he be given any food without money.”

Family members didn’t liked merchant decision. Merchant himself felt bad for being so strict with his only son but he was determined for sake of his son’s future.

First day Chandra went to one of his family member and took money from them and gave that money to his father to get food.

In merchant’s house there was a well. When Chandra told his father that he had bought money for food. His father asked him to throw that money in well. Chandra found it strange but still as asked he went and threw that money in well without hesitation and happily ate his food.

Now Chandra went to all family members one by one but everyone refused to give him any money.

Merchant had good repute in village and everyone knew about his son Chandra. So, Chandra went to one of his father friend and asked for money. Friend gave Chandra money.

When father got to know that, he asked all his friends not give any money to his son for free. If they want to help him then they can ask him to work and in return give him money.

Next day no one gave money to Chandra. Half day passed. Chandra was going from place to place to ask for money. One old man in village saw this. He called Chandra and asked him, “What happened?”

Chandra told him, “I need some money.”

Old man replied, “I can give you money but for that you have to work.”

Seeing no other option, Chandra agreed. Chandra worked hard till dawn. When work was completed, old man gave him money.

That day he reached to his father in evening tired from all day long work.

He gave money to his father and asked for food. As always his father ordered him to throw that money in well but this time Chandra couldn’t accept that and replied, “Father, i earned this money by doing such hard work and just in a moment you asked me to throw it in well.”

Crying he said to his father, “I cannot throw this money in well.”

Hearing this merchant understood that today his son has understood the importance of fruits of hard work. That day merchant embraced his son and handed over his business to him.

**Merchant had enough money that his future generations could have lived off that money without doing any hard work. But If today businessman had not teach his son importance of hard work, then one day next generation of merchant would have cursed him.

Learning:
It is Responsibility of parents to make their children Aware of the Reality of Life.

You May Also Like: Lumberjack Competition – Hard work with Smart Work