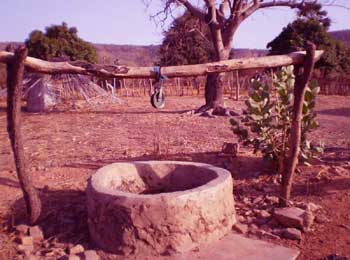 One day first disciple went to his master and said, “I have been studying with you since before that boy came and still you taught him more than me. Why?”

Master remained silent for a while and then said, “First listen to a story..”


Master started telling story, “Once a traveler was going on his way and felt thirsty. He didn’t had any water with him, so he started looking around. After walking a while, he found a well. There he saw that there was no bucket or rope. So, he moved on without water.

After a while some other traveler came to that well. He looked into well and saw that there was water. Not seeing the bucket and rope there, he started looking around and found a bucket.

Then he started looking for rope. Not finding any rope, he found long grass growing near by and started up-rotting that grass to make rope out of it. In short while long rope was ready.

With help of that rope, he drew water from the well and quenched his thirst and left.”

Master asked disciple, “Now, tell me, according to you which traveler was more thirsty?”

Master smiled and said, “We can say that second traveler was more thirsty because he worked hard to quench his thirst.

Same is thirst of your fellow man, his thirst for knowledge is more and to fulfill it, he works hard while you don’t.”

Disciple got his answer and from that day on, he started working hard.

You May Also Like: How Much Time Will it Take to Reach? Saint Answer