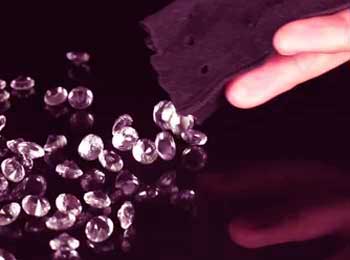 A merchant was roaming in market, there he saw a fine breed of camel. Merchant wanted to buy it. So he went to owner of camel.

After a long bargain with owner of camel, merchant was able to buy camel for good price and bought it home.

On reaching home, merchant called his servant and asked him to remove the saddle of camel.

While removing saddle, servant found a small velvet pouch which was hidden under that saddle. When servant opened that pouch, he found that it was filled with precious diamonds and jewels.


Servant shouted in excitement, “Sir, you bought a camel but look what came with it for free!”

Merchant was also surprised to see those diamonds which were shining and twinkling even more in sunlight.

Merchant said to his servant, “I have bought a camel, i paid for camel not for diamonds. I must return it immediately.”

Servant replied, “But sir, no one will know even if you keep this.”

But merchant didn’t listen to his servant and put those diamonds back in the velvet pouch and immediately reached market to find man from whom he bought that camel.

Soon, merchant found him and returned him that bag.

Man was overjoyed to see that bag and said, “Ohh no! I had forgotten that i had hidden my precious stones under that camel’s saddle. Thank you so much for returning it. You can choose any one diamond from the bag as a reward.”

Merchant replied, “I don’t need any thanks and reward for returning this.”

As mush as merchant was refusing, man was still insisting!

At last merchant smiled and said, “In fact, when i decided to bring back the bag, i had already kept two most precious diamonds out of it!”

After listening to this, man was enraged and immediately emptied the bag to count his diamonds and jewels!

“There is not even single one gem or diamond missing from the bag. So what were the most precious two diamonds that you kept?“, surprised man asked to merchant.

Merchant said, “It’s my Honesty and my Integrity.”

You May Also Like: Excellence in Work and Honesty!

One thought on “Two Most Precious Diamonds – Merchant Story”