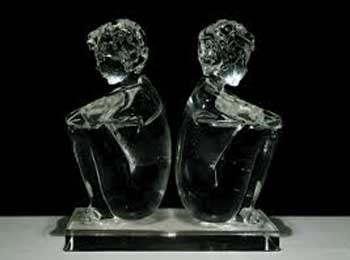 It was winter time, so King’s court was organized outside under the morning sun. King’s and all minister, common people from his kingdom were also present there.

After sometime, a man came and asked permission to come in court. King granted permission.

He came in and said, “My Lord, I am a sculptor and i have come here with a challenge. Till now i have gone to many kingdom with this challenge and till now no one has been able to win. I want you permission to present it.”

King asked, “What kind of challenge?”

King accepted challenge and statues were presented in court.

Everyone present in court were really surprised to see those statues as they were identical. They looked exactly same, same size, same appearance, color, same light. Everything was same.

King looked them at statues again and again from every angle but still couldn’t differentiate. King’s minister looked closely at them one by one but still no one was sure enough to answer.

Because if they lose, then not only King had to pay money but it would affect King’s prestige. So no one came forward to answer.

After sometime, sculptor asked, “Is it my win?”

At that time, an old man who was present among crowd and heard everything, came forward and said to King, “I want to take this challenge. Can i try?”

Old man came forward, he looked at both statues then touched them carefully. After just a minute, old man answered which one was diamond and which one was glass.

Sculptor asked, “Is this your answer?”

Sculptor replied, “I lose. As promised here i will leave this diamond statue for king’s treasury.”

Everyone in court were happy and cheered for old man.

King was curious and asked old man, “How were you able to identify?”

Old man smiled and replied, “It is a simple. We are all sitting in the sun whole time and these statues were also kept in sun. So, i touched both of them. The statue made of diamond remained cold but the statue made of glass became hot. That’s how i was able to tell.”

You May Also Like: Fire and Wind Trapped in Paper – Tricky Gift Story

One thought on “Two Identical Statues – Sculptor Challenge to King..!”