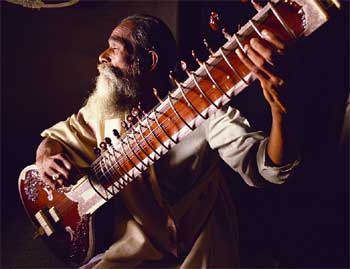 Once a person wanted to seek for the truth of life. So in search of truth he went from place to place. At one place someone advised him to go a cave and look there.

Man went to the cave where he met a sage. Sage told him about a village and said, “On crossroad of that village you shall find what you are seeking.”

Full of hope man went on searching for that village. At last he was able to find that village. He went on the crossroad and saw that there were three shops.


Man stood there for long looking at the shops but still he couldn’t think of anything that seem to be related to revelation of truth.

Disappointed he returned to sage and told him about shops. Sage replied, “You will understand in the future.”

Man demanded explanation but sage didn’t respond. Man got frustrated and thought to himself that he had been making fool of himself by coming here. He left from cave and continued his search for truth.

As years went by, memories for this experience faded. One day while he was on a walk at night, he heard sound of some kind of music which caught his attention. It was wonderful music and man was moved by it.

Man felt drawn towards the music player. When he found him, he saw that player fingers were dancing over strings of Sitar.

Then suddenly he exploded in a cry of joyous recognition — the sitar was made out of wires and pieces of metal and wood just like those he had once seen in the three stores and had thought it to be without any particular significance.

At last man was able to understand that sage’s message.

It was:
We already have Everything we Need. It it now our Task to Assemble and use it in Appropriate way. We will not be able to Find any Meaning if we Perceive Fragments Separately but as soon as we are able to understand connection and get fragment together then New Entity Emerges.

You May Also Like This : King Three Questions.. (Important Time, Place and Pursuit)