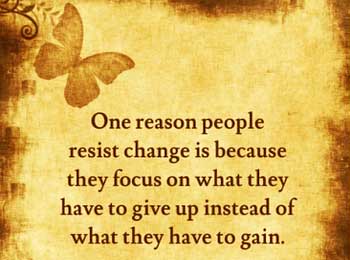 Once a scientific researcher came to know about a tribe which lived in deep forest and consisted of only 300 people but all blind.

So, he went to forest and lived with tribe to understand them. He realized that they had no idea that they were blind as they had not known anybody with eyes, who can see.

Researcher pretended that he was also like them. Soon, he found the reason for their blindness. He found that there was a certain insect. If this insect sting an infant, he/she will become blind.

Insect was common and was there in every house, so it was impossible for any child to get away. Nobody could remember that they could see when they were born.


So, whole tribe lived normally. They managed to farm, bring water from well and do everything needed. They became adopted to this life.

Researcher remained with that tribe for long. There he fell in love with woman. He wanted to marry her so he asked head of tribe for permission to marry her.

But by that time tribe became suspicious of researcher. Although they were blind, they sensed that he was different.

He talked different, say things they didn’t know. He would say – Now, it is sunrise. Now whole sky is full of stars and many other things.

One day, they forced researcher to tell them truth.

Now, researcher had to be honest. He said, “I can see but you can’t. Although when born you were able to see but here lives an insect which destroys eyesight before child passes six months limit.

I can help you. I can bring in help to kill those insects and medical help that can cure you all, so that you can see again.”

After listening to him, tribe people refused his help. They said, “We are happy this way. We don’t want to change anything. We don’t want any disturbance.”

Tribe head said to him, “As far as marriage is concerned. You can marry only on one condition.”

That night he thought about it, “What to do? I wanted to help these people. I wanted to marry her and get her eyes cured and then bring back help but these people don’t want my help. They are perfectly happy in their blindness.”

Thinking this, he dropped all this idea and escaped from that village.

**Same is Situation in today’s world. We got habitual to live in our misery and suffering.

When Enlightened man come and tell us Truth of our Life, it becomes danger to our consolations. They tell things that we are afraid to know. We don’t want to know who we really are because it may disturb everything in our life.

He brings a new light, a new life, anew view to us but we don’t accept it because we have settled for what we know and it feel risky to bring change or learn about one self.

You May Also Like: Husband Wife and Dirty Window Story..!