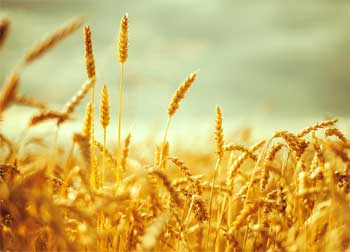 Once in a village lived a rich farmer with his four daughter. All his daughter were married and were happily living their life. Farmer was getting old and there was no one else to look after his property.

So one day farmer thought of testing capability of his daughters so that he can decide what responsibility he can give to his daughter.

He called all his daughter and gave them all four of them a bag of grains of wheat and asked them to use them in best way possible and then come back to him after one year.

Exactly after one year all daughter’s came back to their father house. Father welcomed all of them with grand party.


After that he called his daughter one by one to his room. First he called the eldest daughter in his room and asked about what she did with grains given to her.

First daughter replied, “Father, i feed those grains to flock of birds i saw on way back to home..”

After this farmer called his second daughter and asked same.

Second daughter replied, “Father, i thought those grains were sacred. So i mixed those with other grains kept for community food service. So that everyone can could have it.”

After this came third daughter. Father asked her about grains. She replied, “Grains that you gave me are keep safe with me. I bought them back as it is.”

Then came fourth and youngest daughter. Father was disappointed by replies he got till now.

He asked fourth daughter about grains. Youngest daughter said, “Father.. I don’t have those grains with me now but I need two bullocks and men to help me get back grains back here.”

All other daughters were present there and laughed listening to her answer. They laughed thinking that why would she need bullock and men to get that bag of grains back here at house.

Father was confused so asked her, “Why do you need men to bring wheat here??”

Daughter smiled and replied, “I sowed those grains and now after a year i have grown good crop with those and i need bullocks to harvest those in fields and men to bring wheat back to house in carts..”

Father was happy to listen to her and knew that she was the wisest of all and handed her everything.

Moral:
Wise Thinking and Decisions can give Productive Results. When a person is Hardworking and use available assets wisely, He or she can get Good Results.