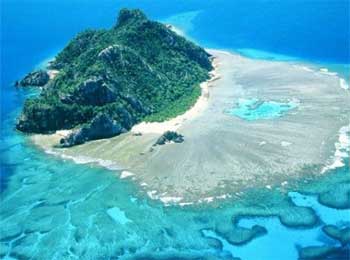 Long ago there was a kingdom where people would change it’s King every year. Person who become King had to agree to a term that – Once year is complete he can’t stay in that kingdom anymore and had to leave to a remote island filled with dangerous wild animals.

Present King’s term was getting over and it was time for him to leave country and go to island to live rest of his life.

On King’s last day in country, people dressed him up in expensive clothes and put him on elephant and took him around cities to say good bye to all people.

This was moment of sadness for all King’s who ruled for one year and led luxurious life while they could as after this they would not have even basic things to live by on remote island.


After saying farewell, people took King with him on boat to far away island. After reaching island they left him on island and made their way back to kingdom.

On their way back, they discovered a ship that had sunk recently and saw a young man who survived by holding on to floating piece of wood.

Knowing conditions no one in kingdom wanted to be King and people needed a new King so they requested rescued young man to be King. They told him all about rules and regulations to be a King. First young man refused but later agreed.

Young man was brought back to country and crowned as King.

After few days of being King, he asked his ministers if they could show him the island where all kings were sent. They agreed and took him to island.

Young man saw that island was covered with thick jungle and sound of vicious animals could be heard coming of them.

King came back and scouted hundred strongest men from his country and instructed them to go to island and clean its jungle and remove all deadly animals and cut down all excess trees.

When this was done, King asked his workers to plant garden in various parts of island.

King visited island to check progression and took with him domestic animals like chicken, cows, goats there and instructed workers to take care of them there.

Later he asked workers to build docks and houses on island. Over months island turned into a beautiful place.

Whole year passed. King’s term ended. People dressed him him and put him on elephant and took him around country for final goodbye.

However, usually King were unhappy to leave their kingdom but not this time.

People were surprised to see this and asked him, “All other King’s cried at this moment but you are laughing.. Why so?

King replied, “While all other Kings were lost into luxuries of kingdom and didn’t thought of any way to change that situation, I always thought about future and planned for it. I turned the deadly island to beautiful abode for me where i can stay peacefully.”

Moral:
One should not get Scared of Problems and think Calmly

and Smartly, than person can turn any Unfavorable situation into Favorable one.

You May Also Like: Father Question to Learned Young Man