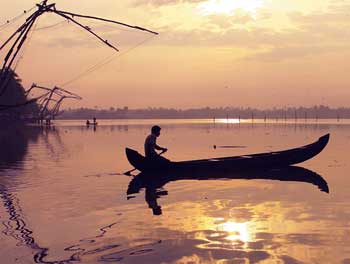 A sage used to live outside village. He used to wake up early in morning for his routine and go to river bank to take bath and meditate.

One day on reaching there he saw a man lying on ground with his head kept on woman’s lap and beside him was an empty bottle of alcohol.

Seeing this sage felt sad and dejected. He thought, “How sinful of this man, that in early when one should start day with good things, this man is consuming alcohol and lying in woman’s lap. He must be an nonspiritual and alcoholic man.”

Sage went on for his routine. A while later, he heard a voice coming from river. He saw that a man was drowning and asking for help.


Before Sage could think, he saw that man who was sleeping on woman’s lap woke up and jumped into river to save that man. Man successfully saved that person from drowning.

Seeing his actions, Sage got confused and couldn’t decided weather this man was good or bad..??

So, Sage went to that man and asked, “Who are you and what are you doing here?”

Man replied, “I am a fisherman. I was tired of traveling for several days. Just today i reached my village. So my mother had come to take me. She bought food and water for me.”

Man smiled and replied, “My mother bought water in it as she was not able to find any other container to carry water.

It’s such pleasant morning that after meeting my mother, having food and water.. to rest a little i kept head on my mother’s lap and fell asleep. Now i feel all better.”

Tears came out of Sage’s eyes and thought, “This man has done nothing wrong and yet just after seeing that i judged him and thought how sinful he was while reality was completely different from what it looked like.”

Moral:
It’s not always the way it looks. There can be different aspects to

same situation. So, We should not make any judgement on basis of just what we see in front of us.

You May Also Like: Heart Touching Story (Son and Father at Restaurant)

Keywords: Fisherman and Sage Story, Think Twice Before Judging Others, Never Judge Other on Just Basis of Appearance Short Stories

One thought on “Fisherman and Sage..!! (Must Read)”