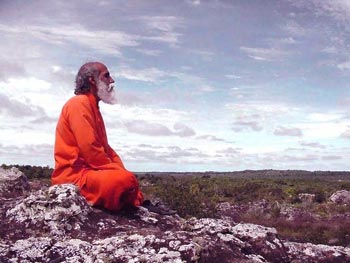 It’s story of a boy who has just finished his college and hadn’t had got any job yet and was living in a small rented room.

One day his cousin came to him and asked him to help with some concepts. Boy had good hold of knowledge over that subject so boy helped his cousin without any difficulty. Soon boy by joined by some more friends for help in studies and were also willing to pay him fee for teaching them.

However, House owner was not happy with all the crowd coming to his house. So he asked boy to leave that rented room or look for some place to continue his teaching activities.

Boy really wanted to continue teaching as he loved that and also helped him to earn some money so he looked for another place to teach his students. By luck he found out a place. It was a big hall where a saint used to live alone.


Boy went to saint and asked him for permission to use that hall for teaching his students. Saint agreed and allow him to take classes in the corner of that hall but on one condition. Saint asked him to pay rent of rs 100 every month in advance.

Boy was surprised to know that saint asked him to pay rent for using his place for teaching.

100rs was quiet big amount at that time but still boy agreed as he was happy to have a place to teach his students and managed to pay first month rent in advance. Once classes started some more students joined.

As months passed by boy continued teaching there but one thing bothered him that saint was very strict about rent to be paid in advance. Saint used to remind him about paying rent on 30th or 31st date so that he doesn’t delay paying rent in advance.

Boy had seen saint used to live very simple life and even during class time saint’s presence never disturbed boy’s class. Classes continued for a year but after a year boy got a good job in another place and had to stop taking classes. On last day boy told saint about leaving and he saw that saint was sad  to hear that. Boy left for job.

After two years when boy came back to his place he received a letter from a charitable trust which used to fund for poor children education, with letter there was receipt for 1200rs donation. Boy was confused to see that receipt as he never made that donation. So he rang them up and told them that they must have sent that letter to wrong person.

Person from trust asked him his father’s name. When boy told his father name person confirmed that the same name was given along with boy’s name on the covering note they received with the money every month. Boy asked him what was the monthly contribution had been. Person said that there were twelve payments of rupees hundred each.

It was clear to boy where the hundred rupees that the Saint took from him as rent every month had gone. At time boy understood that “Never judge a person by how he speaks.”