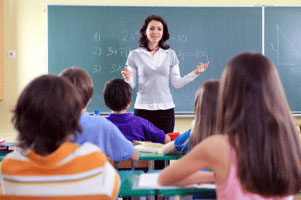 “On a ship there was a pair of couple, suddenly ship met with an accident and couple had to run to life boat. After reaching there they realized that there was space only for one person. At that moment, husband pushed wife behind him and jumped on to lifeboat himself. His wife stood on sinking ship shouted one sentence to her husband.”

Teacher stopped and asked her students, “What do you think shouted?”

Most students answered, “I hate you!!”

Now, after listening to all this reply she noticed that there was a boy sitting silently throughout. She asked him to answer for same.


Boy answered, “Teacher. I believe shoe would have shouted – Take care of our child.”

Listening to this teacher was surprised and asked boy, “Have you heard this story before?”

Boy shook his head in No and said, “No i haven’t but that’s what my mother told my father before she died because of disease.”

Teacher lamented, “Your answer is right.”

She continued, “The ship sank, Man went home and bought up their daughter alone. Many years later after the death of man. Daughter was tiding up all his belonging where she found out his dairy. In dairy she found that when her parents when on to ship, her mother was already diagnosed with terminal illness and at critical moment (while ship was sinking) father rushed to the only chance of survival.”

In his dairy man wrote about how he wished he could sink to the bottom of ocean with his wife but for sake of their daughter he had to live.

Story was finished and class was silent. Teacher knew that students has understood the moral of story.

Moral:
Of the Good and Evil in this world, There are many complications behind them which are Hard to Understand, So we should not really focus on surface and Judge anyone without understanding them first.

You May Also Like: Three Toys Story (Trust n Friendship)