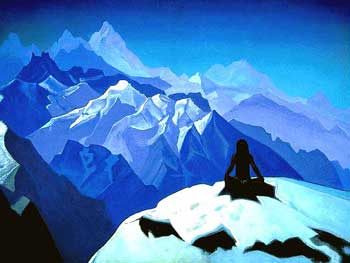 Once a King was leading his army across snowy peaks of mountains that bounded his kingdom, into his neighbor’s kingdom for war. When he was at peak where cold was unbearable, on his way he saw a Yogi who was sitting there with his head between his knee, evidently to protect himself from chill wind….