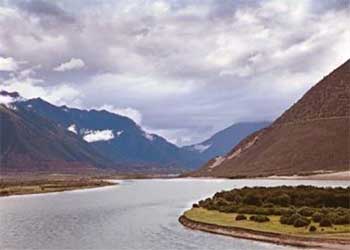 It had happened after Swami Vivekananda ji had returned after his great address at world parliament of religion and everyone in country knew about him.

Vivekananda was wandering near Himalayas and came across a river. There he saw that boat had already left the bank.

So he sat by shore to wait for boat to come back. In meantime, a sadhu came.

He saw Swami ji sitting there, he approached him and said, “Why are you sitting here..?”
Swami ji replied, “I am waiting for boat..”

Sadhu replied in mocking tone, “Oh..!! So you are famous Vivekananda, who thinks that just by speaking in foreign, he can become a great sage..”

Then Sadhu demonstrated his power by walking few meters on river and then said, “Can you cross the river like i did?”

Swami ji showing respect humbly said, “Indeed it’s a great power.. But can you tell me how much time it took you to gain such great power?”

Sadhu proudly replied, “It’s was not easy. I did twenty years of extreme Sadhna then i got this power..”

You May Also Like: Swami Vivekananda and Professor Story