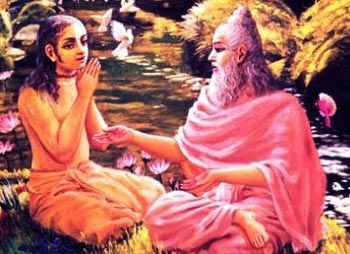 Surdas was a 14th-century blind saint, poet and musician, who was known for his devotional songs dedicated to Lord Shri Krishna.

When young, Surdas wanted to learn Spirituality so he went to Guru and requested him, “Please accept me as your disciple.”

Guru found out that Surdas has lots of quality but he had anger issue which prevented him from learning. Guru understood that and decided to first help him to shed his anger.

So, Guru instructed Surdas to chant God’s name while doing all activities for a month and then meet him. Surdas was very eager to learn spirituality so he followed those instructions. One month passed by. Next day he went to meet his Guru.


On his way to Guru’s ashram, a sweeper was cleaning street and when Surdas was going by his side, sweeper carelessly put dirt on his clothes. Surdas got angry and scolded sweeper. Surdas went back to home, changed clothes and then went back to met his Guru.

When he meet his Guru, His Guru told him that he was not yet ready to learn. Guru asked him to continue chanting and come back to him again after a month.

Surdas followed instructions and after one month again when he was on way to his Guru home,  same thing happened and Surdas became really angry and even this time he scolded that sweeper and went back home, changed clothes then went back to meet his Guru.

This time again Guru ji said same and asked him to come after another month.

Again one month passed away and same incident happened on way to his Guru home. However, this time Surdas didn’t get angry. Instead he thanked sweeper saying, “Thank you, you have helped me overcome my anger.”

This time when Surdas approached his Guru, Surdas could see this Guru standing in front of hermitage.

Guru ji told Surdas,”Now you are ready to learn and i accept you as my disciple.”

Moral:
A Guru knows what a student is lacking of and knows the ways that would teach him. As a student, you must have faith in Guru’s words and follow them with devotion.

We can look at every situation as an opportunity to realize and overcome our defects. This is possible only due to the strength of chanting the God’s Name.

More Anger Stories – Why we Shout in Anger..?