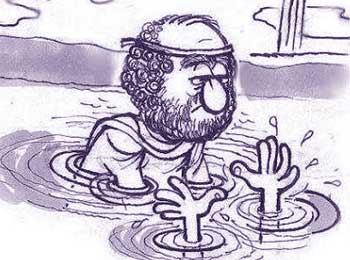 Once a young man asked Socrates about secret to success. Socrates ask young man to meet him near river next morning.

Young man came near river next morning. Socrates asked young man to walk with him towards the river.

When water got up to their neck, Socrates took the young man by surprise and ducked him into the water. The boy struggled to get out but Socrates was strong and kept him there until boy started to turn blue.


Just then Socrates pulled his head out of water and first thing young man did was to gasp a deep breath of air.

Socrates asked him, “What did you want most when you were there inside river?”

Socrates said, “That is Secret to Success. When you want success as badly as you wanted the air, then you will get it. There is no other secret.”

Moral:
A Burning Desire is Starting Point to all Accomplishment. Just like a small Fire can not give much Heat, Weak Desire can not produce Great Results. 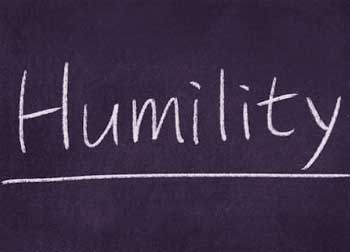 Once a Sage came to King for a interview. King was very busy, so Sage had to wait for long time. Finally, King asked gatekeeper to ask Sage to come in.

When Sage entered hall and first thing he did was to take of his hat and bow to king. Just then King took off his crown and bowed to sage.

Seeing this Ministers said, “He took of his hat because he is common man but you are king. Why should you have to take off your Crown?”

King replied, “Sage showed respect to me by removing his hat and bowing down to me. He is humble and modest. His humility is a peerless virtue. If i didn’t not take off my crown, then i would be showing less humility than an ordinary man.

If i am King, i should be humble and be better in everything. That’s why to show respect i removed by crown and bowed down to him.”