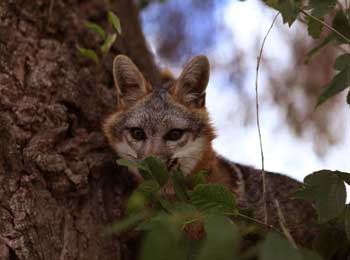 Once upon a time, there was a hungry fox and was looking for something to eat. No matter how hard he tried, he couldn’t find food.

Finally he went to edge of forest, there he saw a big tree with hole in it.

Fox was desperate and went to take a closer look, when he looked inside there was a package. He jumped into hole and saw that there was food in that package.


(That was food kept by woodcutter for his lunch, who was gone to cut trees in forest.)

Fox got happy. Fox happily began to eat that. After fox had finished eating, he felt thirsty and decide to jump out from trunk hole but he couldn’t get out.

Fox realized that he had eaten so much that, he became too big to fit through hole. Fox sad and thirsty, stuck there thought to himself, “I wish i had thought before jumping into hole.”

Moral:
Think before you Act. 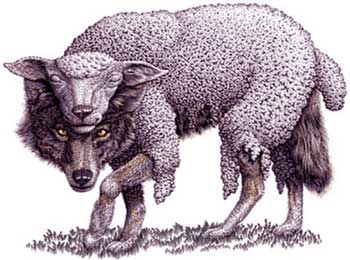 Once there was wolf who found it really difficult to find wolf to eat because of vigilance of shepherd and his dogs.

But one day, it found skin of sheep that had been thrown outside. Wolf thought and put it on over its own pelt and strolled down among sheep.

Soon, wolf got mixed up with sheep and one lamb started following it. Wolf who was wearing sheep’s clothing, lead that little lamb apart from other sheep.

As soon as they were alone, wolf ate that lamb. Wolf realized how easy it was to deceive Sheep’s by wearing sheep skin and eat them and used this trick whenever he felt hungry and enjoyed hearty meals.

Moral:
One need to Understand that Appearance can be Deceptive. We should be careful of Fake one’s.