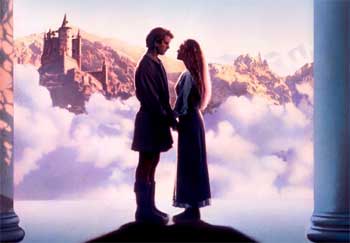 In ancient china, It was tradition that if prince has to be married before he can become crowned emperor. There was a prince who was about to be crowned. So he needed to find a young woman whom he could trust and get married to.

Once there was a  who had to be crowned in few days so Prince decided to summon all the young women from his kingdom in order to find most worthy candidate.

There was an old lady who used to serve at palace. When heard the news she got sad because she knew her daughter nurtured a secret love for prince. After getting home she told her daughter about it. Her daughter decided that she would go to palace. Old lady got worried after knowing her decision.

Old lady said to her daughter, “What will you do there?? There will be all beautiful and rich girls from kingdom will be present there..”


Daughter replied, “Mother I know i won’t be chosen but it’s my only chance to spend time with prince and that makes me happy. I will go to palace tomorrow.”

Next day when young girl reached palace, she saw young women from all around kingdom were present there wearing beautiful cloths and jewelry, prepared to do anything to seize this opportunity to marry prince.

In presence of all members of court and girls prince announced a challenge.

He said, “I will give you each a seed. After six months time, young woman who brings me the loveliest flower will be my wife and future empress.”

All girls took seed and left. Poor young girl also took her seed and planted it in a pot. She nurtured and took care of it with love. She believed that her love is true and flower will grow as large as her love for prince.

Girl saw that no shoot appeared even after three months have passed and nothing had grown in her pot. Young girl consulted farmers, peasants but nothing happened. With each days he felt that her dream have moved father away.

At last six months were over and still nothing had grown in that pot. She knew she had no flower to show still she decided to go back to palace with that pot. She reached palace on final day.

On final day all court member and girls arrived. She saw that all other candidates had wonderful results and each one had lovely flower, she was the only one holding a flowerless pot.

Finally, prince entered courtroom and inspected all candidates pot and announced result. He chose Servant’s daughter poor young girl as his would be wife.

All other girls present there got angry and protested that she had nothing in her pot and prince had chosen someone who had not managed to grow anything at all.

Prince calmed them down and explained the reason.

Prince said, “This young woman was the only one who cultivated the flower that made her worthy of becoming the empress: the flower of honesty. All the seeds I handed out were sterile and nothing could ever have grown from them.”

Moral:
We should not feel Disappointed if Things doesn’t go Way we think it should be. We should have Confidence and Stay Honesty and True because Honesty is best Policy.

Keywords: Stories on Honesty and Truthfulness – Prince and Young Girl Best Stories, Best Stories to Teach Importance of Love and Honesty in Life

One thought on “Young Girl Love for Prince.! Honesty Story”