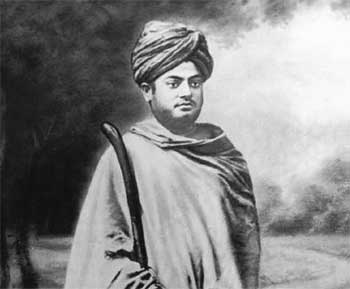 Once in Gazipur a Sage used to live by side of river Ganga in his small hut. Many people used to visit him and greet him with offerings they bought with them.

One day a thief saw Sage’s hut and watched him for some time. He saw that there were many silver utensils and all were kept in a small space in corner of his hut.

One night thief broke into his hut and started stealing silver utensils and collecting them in his bag. Sage was just outside his hut doing meditation. As thief was stealing utensils it made some noise which was heard by Sage.

Sage came inside and saw thief. Seeing Sage, thief got scared and started to run leaving behind the bag of utensils. Immediately Sage took that bag and started running behind that thief. Soon he took over thief and stopped him. Thief was scared.


Sage said to him, “Why are you running?? Why are you afraid?? You left your bag behind. Take these, these are yours. Come with me i will give you some more.”

Sage asked thief to come with him and sent thief with all things he had in his hut.

Man looked up at swami ji and started to tell him about the story of Sage and that thief.

Man continued and said, “Do you know about Sage Pavahari baba?? I am that thief.

From the day Sage touched me, a transformation happened into my life. I stopped being a thief and have been repenting and atoning for the sins i did in past.”

Swami Vivekananda ji share this story to tell us about true power of True Hindu Sage and Positive affect they have on people around them.

Moral:
Being in Good Company and Having Opportunity to meet someone with Spiritual Enlightenment can give right direction to our life.