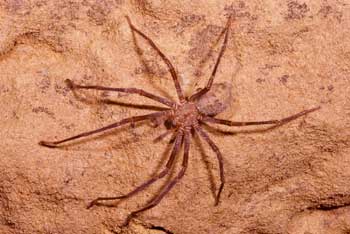 Once a kingdom was captivated by its enemies. King fought real hard to defeat his enemies but still couldn’t save its kingdom.

After his defeat king fled his country and later through his sources, he gather his soldiers and came back to fight his enemies but was defeated again.

Even after he got defeated four time, he came back with more courage and strength to fight his enemy and get his kingdom back but was defeated again.

Enemies tried their best to capture king, Enemies offered reward for anyone who would tell them about king. King went in hiding and lived in disguise.


He had to move from place to place. While moving and hiding from his enemies king hid himself in a cave.

Sitting there he thought that even if he tried he was not able to get his kingdom back and may be he will never be able to recover his lost kingdom. He thought of submitting himself to his enemies.

At that time he saw a spider trying to climb roof of that cave. King saw that spider was trying to climb to roof again and again even it failed in its previous attempt still it wouldn’t give up. He saw that even after failing to climb that roof many times, it still tried again.

At last in its another attempt spider was able to climb up to the roof.

King was inspired by the act of spider and decided not to give up even if he fail again. King came out of hiding, got in contact with his soldiers again and decided to attack his enemies army and get freedom of his kingdom back.

This time king and his brave men fought with full vigor and at last king was able to get his lost kingdom back.

Moral:
Sometime we need to have Patience and Never give up to Circumstances and Fight again and again with our Full Strength to get Success.

You May Also Like: Stuck in Life..? Motivational Story