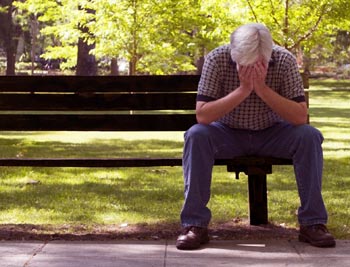 Once a businessman got caught in debt real deep and he was not able to think of any way out to sort out that debt. So one day he went out and sat in the park to think if he could do anything to save his company from bankruptcy.

While he was sitting in park, an old man came to him and said to him, “I can see that something is troubling you..”

Businessman was sad and depressed so he told that old man everything about his problem while old man listened to him patiently.

Old man smiled and replied, “I believe i can help you..”


Old man put his hand into his pocket and took out a cheque book and asked that businessman his name then giving that cheque to businessman, old man said, “Take this money. Meet me here exactly after one year from today and you can pay be back at that time..”

After handing that cheque old man got up and walked away. Businessman had mixed feelings. He looked at that cheque and saw that it was cheque of 500,000 $.. signed by Warren Buffet (richest man in the world).

Businessman realized that with half million he can easily get out of his debt but instead he decided to put that cheque in his safe and to use it only in case of emergency.

With that cheque businessman felt more confident. With changed thinking businessman went back and in his business he was able to think better and negotiated better deals. He started reconstructing his business and worked really hard with full zeal and enthusiasm and with time got several big deals.

Within few months businessman was able to get out of his debt and also started making money back.

Year passed, as promised businessman returned to park after exact one year with same cheque which old man gave him. As agreed old man also appeared. Businessman was very happy to see old man and told him about his success story.

As businessman was about to hand old man back that cheque.. a nurse came running up and grabbed old man by his hand and said “I am so glad i caught him.. I hope he hasn’t been bothering you much. He always escaped from mental hospital and tell people that he is Warren Buffet..” and Nurse took that old man away.

Businessman was stunned.. All year long he was dealing with all this problems thinking that he had half million dollars with him..

Moral:
It’s not just Money but our Attitude and Self-confidence that gives us Power to Achieve Anything we want.

Keywords: Stories about Business Success – Self confidence and Attitude Encouraging Story about Importance of Positive Attitude

One thought on “Business Success – Old Man Debt.! (Must Read)”