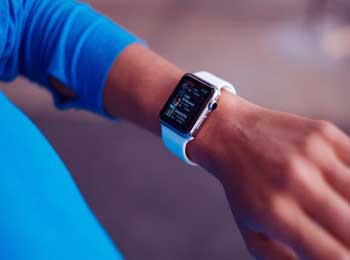 An old man was sitting in the park.

“Sir! remember me?”, asked man who came and stood beside him.


“Oh! Son i can’t see well these days and my memory also became weak. That’s why i can’t recognize you. Come sit down. What are you doing now days?”, old man made him sit lovingly and asked.

Man replied, “Sir, i have become a teacher just like you.”

Man replied, “Sir, when i was in 7th grade, an incident happened in our class. You saved me at that time.”

Man replied, “Sir, there was a very rich boy in our class, while we all were not. One day he came wearing a very expensive watch and his watch was stolen. Do you remember anything?”

Man replied, “Yes sir. That day when i saw his watch, i just liked it so much that i wanted it. So, during game period i saw him keeping his watch in his pencil box before leaving. When everyone left i stole it.

Then it was your period. When boy came back and didn’t find his watch, he complained to you about his stolen watch.

You said that whoever stole that watch should return it, I will not punish him but still out of fear, i didn’t dare to come forward and return that watch.

Then you closed that door of room and asked all of us to stand in a line with our eyes closed and said that you will check everyone’s pocket and no one will open his eyes until watch is found or else he will be expelled from school.

We all stood with our eyes closed. You started checking everyone’s pocket one by one and when you came to me, my heart started beating as my theft was to be caught and now for rest of my life i will be labeled as thief.

I was filled with remorse just thinking about it.

Then you checked my pocket and got that watch but even after getting the watch from my pocket you kept checking until end. At last you gave boy his watch back.

While giving his watch back you said – Now, don’t come to school wearing such things and whoever had stolen it will not do such thing again.

Saying this you started teaching as usual.”

Saying this man’s eyes were filled with tears and he said, “You saved me from getting embarrassed in front of everyone. You never revealed that i was thief and you never even behaved differently with me. That very day i had decided to become a teacher just like you.”

Old man’s eyes gleamed and he said, “Yeah.. I remember.”

Then he said in amazement, “But son, i didn’t knew till date who had stolen that watch because.. I too had my eyes closed when i was checking all your pockets..”

You May Also Like: Jungle School Test – Kids Ability Test