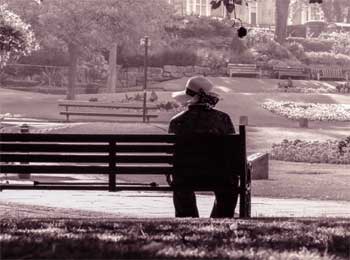 Long ago, in a Chinese town, lived a woman with her only son. One day his only son died in a accident in a very young age.

In her grief, she went to the holy man who lived in same town. She went to him and said, “What prayers or magical incantations i have to do to bring my son back to life.?”

Instead of sending her away, reasoning with her he said to her, “Fetch me a mustard seed from a house that has never seen sorrow. Then we can use that seed to drive sorrow out of your life.”

Listening to this woman at once left in search of magical mustard seed. She started to go door to door every house in her town but to her surprise there was not a single house where there was no sorrow.

Then she went to another town. She came to a splendid mansion and knocked on door and said, “I am looking for a home that has never known sorrow. Is this such a place?”

People from mansion replied, “Sorry, you have come to wrong place.” and began to describe all the tragic things that recently befallen on them.

Woman thought, “Who is better able to help these unfortunate people than i, who have had misfortune of my own.”

Then woman stayed there and comforted them. After some time she left from there in search of magical seed.

She went on in search of a home that never know sorrow but wherever she turned, in small homes or hotel or palace, she found one tale after another is sadness and misfortune.

Woman became so involved in helping others and cope with their sorrow that she eventually let go of her own. She later come to understand that it was the quest to find the magical mustard seed that drove away her suffering.