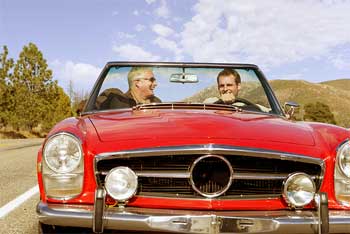 Once upon a time, there lived a very rich and wealthy man in a big town. He had all sorts of wealth and led a luxurious life. He had every luxury at his footstep and could afford to feed for the entire people of his town. He always boasted his luxurious life to his friends and relatives.

His son was studying in a distant place and he returned home for vacation. The rich man wanted to show off to his son how rich his father was and how he made him very proud. But his son wasn’t ever fond of any luxurious lifestyle. However, the rich man wanted to make his son realize that his lifestyle was extremely rich and how the poor people did suffer. He planned for a day visit to the entire town to show him off the life of the poor people.

The father and the son took a chariot and visited the entire town. They returned home after two days. The father was happy that his son was very quiet after seeing the poor people honoring the rich man and after seeing the sufferings of the poor ones due to lack of facilities.

The rich man asked his son, ‘Dear boy, how was the trip? Have you enjoyed it?’
‘Yes my dad, it was a great trip with you.’ The son replied.


So, what did you learn from the trip? – The Father asked.
The son was silent.

Finally you have realized how the poor suffer and how they actually are – said the father.
No father – replied the son.

He added, ‘We have only two dogs, they have 10 dogs. We have a big pool in our garden, but they have a massive bay without any ends! We have luxurious and expensive lights imported from various countries, but they have countless stars lighting their nights. We have a house in a small piece of land, but they have abundant fields that go beyond the sight. We are served by servants, but they serve people. We are protected by huge and strong walls around our property, but they bond with each other and surround themselves. We only buy food from them, but they are so rich to cultivate their own food.’

The rich father was stunned to hear his son’s words and he was completely speechless.

Finally the son added, ‘Dad thank you so much for showing me who is rich and who is poor and let me understand how poor we are!’

Moral:
True wealth is not measured by money and property we have! It is in the friendship, relationship and good compassion we share with the others.