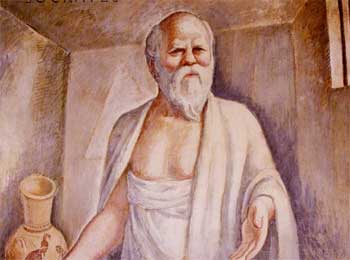 Once Greek’s famous philosopher Socrates was talking to his disciples. At same time, an astrologer arrived there and claimed that he could tell a person’s character by looking at the face.

Then Astrologer looked at Socrates and said, “Shape of nostrils tell that this person have anger issue..”

Listening to this Socrates disciples got angry but Socrates calmed them down and asked astrologer to continue.

Then astrologer said, “Shape of the head reveals that he is definitely a greedy person. The composition of chin says that he is a whimsical person. Shape of his lips and teeth tell that this person always incite people to rebel against the authority.”


Even after listening to all this, Socrates rewarded astrologer and sent him.

Disciples were surprised at this. They asked him reason to reward astrologer even when whatever he said was only negative things about him.

Socrates calmed them down and said, “Whatever astrologer said about me is true. I accept that i have all those negative points in me and that’s why i rewarded him.

But that astrologer had made a mistake..

Moral:
No one is this world is perfect. Everyone lacks one or other thing but still if we can control our nature and use power of our conscience then we can deal with any difficult situation easily.

One thought on “Socrates Stories – Power of Conscience”