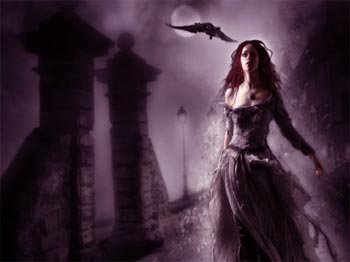 Once there was a very noble name Arthur who was captured by his neighboring king. Enemy could have killed him but Enemy king knew that he was very wise and noble king. So he offered him freedom but on one condition.

He would have to figure out an answer and even if after an year Arthur wouldn’t be able to answer then he would be put to death.

Question was : What does a woman really wants??

Even most knowledgeable wouldn’t be able to answer that but still Arthur accepted Enemy king preposition as it was better than death.


Arthur returned to his kingdom and begin to ask everyone about it but no one was able to give any satisfactory answer.

Many people advised him to consult an old witch but she was famous for charging exorbitant prices. For whole year Arthur avoided going to witch but last day came and he had no other option but to go to witch.

He went to her and told him about his problem. Witch agreed to help him but for a price in return. Price was : Witch wanted to marry Gwen.. most noble night and Arthur’s closet friend.

Arthur was horrified to know price as witch was very ugly looking hideous and smelled very bad. Arthur didn’t wanted to force his friend to marry such repugnant creature so he refused.

Later Gwen got to know about witch proposal and talked to Arthur. Same night Gwen and witch wedding was proclaimed and Witch answered Arthur question..

Answer was : What woman really want is to be in charge of her own life.

Arthur went back to neighboring kingdom and Enemy king was satisfied by answer and hence granted Arthur his freedom. Even after getting his freedom back Arthur was not happy because for this his best friend Gwen had to marry an old Witch.

Next day, honeymoon hour approached. Gwen prepared his mind for worst but to his surprise inside room was awaiting the most beautiful woman he had ever seen.

Witch said to Gwen, “I would be horrible and ugly witch half the time and beautiful maiden self for half.. Which would you want me to be during the day and which during the night??

Would you prefer a beautiful maiden during to show off to your friends but at night an old witch.. or would you prefer an old hideous witch during day but by night a beautiful women to be with??”.
.
.
.
.
Gwen replied, “I would like you to choose that for yourself..”

Hearing this witch announced that she would be beautiful all the time because he had respected her enough to be in-charge of her life..

Moral:
Treat Woman with Respect and let her be the One to decide for Herself.

Keywords: Short Story about Respect – Witch and Knight Story about What Woman Wants, Best Story to Learn about Woman