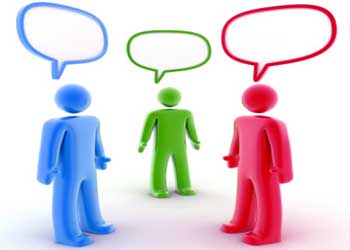 Once an old brewery decided to install a new line for canning so that it enables products to be marketed to the supermarket sector.

It was major change for a little company so it invited all local dignitaries and employees to witness this big change. All came on the day of inauguration of new canning line.

After new canning line had been switched on successfully and all formalities were completed, all guests were relaxed and get together in small groups and had drinks and enjoyed buffet.

In a corner stood three men who were discussing about transport and distribution.

When all were discussing about the process of distribution, present manager shared about stress because of company policy. According to distribution policy, Long deliveries to be made on Monday and Tuesday and short deliveries on Fridays and other deliveries other days of week.

He continued, “It’s so difficult to schedule things efficiently with such policy and new cans and high demands of super market.”

Other nodded in agreement.

Manager who was predecessor sympathized, “It was same in my days. It always seemed strange to me that even if trucks returned early on Mondays still those can’t be used on Tuesday for little runs because all local deliveries had to be done on Fridays..!!”

Third man who was he oldest manager tried to think hard and tried to recall about the reason for such policy and then after a while he smiled and said, “I think i remember now..”

He said, “During second world war fuel rationing were introduced so we stopped using trucks and went on to using horses. On Mondays horses were well rested hence were took for long deliveries, By Fridays horses were so tired that they could only handle the short local drops..”

After this soon after the opening of new canning line company changed it delivery policy.

Moral:
We should not Follow everything blindly. In past Traditions and rules were set according to their Present need but with time conditions change and We should try Learn Meaning behind such policies or Traditions and Change if Needed.