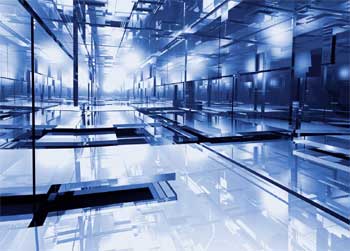 One day care taker of that museum forgot to lock the back door of museum which lead directly to that mirror room.

A dog was roaming near that museum and by mistake entered that room. When dog was in middle of room and saw its own reflection and thought of it as that a whole pack of dogs were surrounding him from all sides.


Seeing this dog got scared and started to bark at reflections. Dog could see all the reflections barking at him in same way and because of mirror’s dog echo back after hitting at mirrors and got magnified. Frightened by it dog started to bark frantically.

Next morning, when museum guard entered the hall, there he found lifeless body of dog. There was no one to harm that dog but yet it died fighting its own reflections.

Moral:
Everything around us is reflection of our own thoughts, feelings and actions. World acts like a a big mirror. So always try to be positive and good to others. 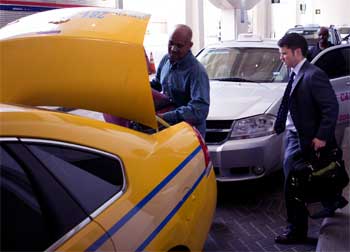 Tony took a taxi and took off for airport. Taxi driver was driving in right lane and suddenly another taxi got off it’s parking space right in front of his taxi.

Tony’s taxi driver applied brakes and they were saved just by an inch from getting into an accident with that taxi.

Driver of another taxi looked back and started yelling at Tony’s taxi driver. His taxi driver didn’t got angry and just smiled and waved in response to him.

Tony was surprised to see this response of his taxi driver and asked him, “Why did you do that?? Weren’t you angry that he almost got us into an accident and it was his mistake and yet he was yelling at you..!!”

Taxi driver explained, “Sir, There are many people are like garbage truck. They are full of frustration, anger, disappointments. As all these garbage pile up and they need to dump it and some time they will dump it at you..

You don’t have to take it personally and just wave and smile at them and move on.. We don’t need to take that garbage and spread it around at home or work..”

Keywords: Reaction and Response Short Moral Stories, Importance of Positive Attitude Moral for Kids, Be Good to Others Story