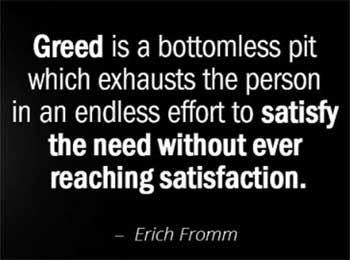 Once a King asked a question in his court, “Which is such a WELL from which a man cannot get out after falling?”

No one in court could answer. In end King asked royal priest to answer this question with in seven days. Royal priest tired very hard but still he couldn’t think of any answer.

On seventh day, frustrated priest started to walk toward forest. There he met a shepherd. Shepherd recognized him and greeted him saying, “You are royal priest. Why you look so worried? Why there is so much sadness on your face?”


“How can this shepherd help me..!!”, thinking, priest didn’t say anything and moved forward.

On this shepherd again asked priest, reason for his sadness and said, “Please tell me what’s troubling you.. I may have answer to your question..”

Priest told him the question and said, “If answer to question is not found till tomorrow, King will remove me from post of royal priest and also i have to return all the gifts and money, i got till now.”

Shepherd said, “I have a Gem, with this Gem you can make any amount of gold. And then you can have more riches than any King. But before i give that Gem to you, i have a condition. You will have to become my disciple.”

First Royal priest thought, “How can i.. a royal priest… become disciple of a shepherd.”

But then after thinking for while, he agreed to become a disciple.

Now, shepherd said, “First you have to drink sheep’s milk and only then you can become a disciple..”

At this royal priest replied, “But if a Brahman drink sheep’s milk, his intellect will finish. I will not drink that milk.”

Shepherd replied, “Then, i cannot give you that Gem.”

Shepherd said, “First i will have a sip of milk then you have to drink that same milk…”

Priest got angry and said, “Why would i drink leftover milk?? How can you expect a Brahman to do that..”

Shepherd said, “OK then you can leave.”

Priest thought and said, “OK. I am ready to drink that milk.”

Priest was shocked but after thinking a lot, he said, “It is very difficult but i am ready..”

At this shepherd smiled and said, “This is your answer… In greed to get that Gem.. You agreed to everything i asked you to do… This is the WELL of GREED in which a man keeps falling and never comes out.. ”

You May Also Like: Four Lamps and Saint’s Warning!

One thought on “Shepherd Offer to Royal Priest – Greed Story”