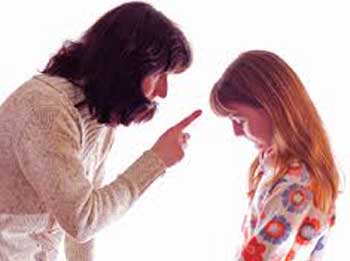 Once lived a girl named Geeta, seven years old and only child of her parents. Her parents never refused her anything and because of this she became arrogant and spoiled child.

Her mother realized that it was their fault for Geeta behaving like this. Her mother was sad to know that she didn’t even had any friends in class.

One day, a new girl got transferred to her class. Her name was Reena. She was new, Geeta was intelligent and Class Representative because she stood at top in academics.


So, Teacher asked Geeta to help Reena with things. Soon she got friends with Geeta. Even though Geeta was bossy, still Reena liked her.

One day, Reena was scolded by teacher for her test result. Whole class laughed at her, she cried a lot after class. Geeta when returned home, told her mother about it.

Geeta mother knew about Reena and said, “You are good at studies. Why didn’t you tried to explain it to her simply. She likes you very much and if you teach her, she will understand.”

Geeta said, “Mummy, i don’t have time to waste. What can i do if she is dumb?”

Mother said, “But Reena is your friend and if you don’t help, who will?”

Then her mother tell her a story, “One day an ant fell into stream and was desperately trying to save herself. A dove sitting on tree, saw this and plucked a leaf and let it fall into stream close to ant. Ant climbed onto it and floated to bank safely.

A little later, a bird catcher came and stood under tree, preparing to throw an net over dove. Ant knew what he was planning and stung him in foot. Bird catcher yelled out in pain and noise made dove fly away.”

Geeta mother then asked he if you understand the story. Geeta said, “What a silly story. It’s for little children.”

Mother replied, “It means that if you do a Good turn, you will only get Good in Return.”

Seeing that Geeta still didn’t get it. Seeing this, Her mother warned her that if she didn’t help Reena then she will be grounded.

Unwillingly she helped Reena. With Geeta’s help Reena was able to understood her study and did good in test. Teacher appreciated her in front of her whole class.

Reena was thrilled and told everyone what a good friend Geeta was but Geeta ignored it as it was something she did because she was forced.

One day, Geeta got involved in fight with  girl from her class and in fit of anger Geeta pushed girl, who fell on floor and bruised her knee.

Matter was reported to Principal who scolded her before entire school, during morning assembly.

Not only that, Principal punished her to stay after school and pick waste paper from each and every class during detention time.

Geeta was heart broken. She was proud girl and couldn’t bear thought of being humiliated.

After school finished, Geeta was left all alone. Then she did what she had been holding back in whole day – She sobbed and sobbed.

Reena stayed back with Geeta and helped her and clean school ground with her.

Just then Geeta realized what her mother taught other day. From that day, Geeta and Reena became best friends.

Moral Stories for Kids: Working with Others

One thought on “Caring for Others – Moral Story for Kids”