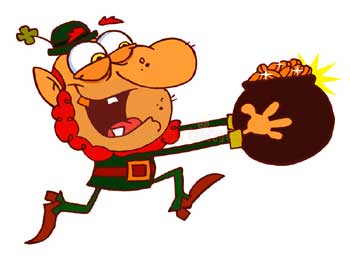 A barber lived in a village with his wife and children. Barber was honest and satisfied with his earnings. He had no greed. His wife managed her household very efficiently with income earned by her husband.

Overall, their life was going with great ease and joy.

Barber was skilled in his work. One day, King called barber and asked him to come palace everyday to work. Barber accepted King’s proposal with great pleasure.

Now, Everyday barber used to get a gold coin from palace for his work.


Both Barber and his wife were happy after getting so much money. Their life were going smoothly. Now, there was no shortage of anything at home and they were able to save good amount of money every month.

One evening, when barber was on his way back from palace after finishing his work, he heard a voice on way.

That voice said, “I have heard a lot about your honesty. I am very happy with you and want to give you seven pots full of gold coins. Will you take those pots?”

Barber was little sacred at first but then he thought and answered in yes.

Hearing the answer, voice said, “Ok. All seven pots will reach your home before you.”

When barber reached home that day, there were actually seven pots kept in his room. Barber immediately told whole incident to his wife. Both of them opened those pots one by one.

They saw that six pots were full but seven one was little empty.

Barber said to his wife, “It’s Ok if seven pot is little empty. Every month we will put our savings in this pot and soon this pot will also be filled. Will these seven pots filled completely with gold, we will be able to live rest of our life comfortably.”

From next day, barber started putting his entire day’s saving in seventh pot.

Even after many days, seventh pot was not getting filled to top. Gradually barber became miser and started putting more and more money into seventh pot because he wanted to fill that quickly.

Because of this barber used to pay less money to his wife. Wife tried to convince barber but he had only one tune – I want to fill this seventh pot.

Now barber house didn’t have same atmosphere as before. His wife got fed up with his miserliness and started fighting with him. Barber became upset and irritable due to quarrels in house.

One day, King asked barber reason for his trouble. Barber told King that his expenses have increased. After listening to this, King increased his pay.

King noticed that even after getting more pay barber was still upset and irritable. King again asked him reason for his problem. This time, barber told King about those pots.

Listening to this, King understood whole thing and said, “Voice you heard was of Yaksha. You should return the seven pots to the Yaksha because the seventh pot is real greed, its hunger never ends, it will never be filled with any amount of money you put in it.”

He went home and returned those pots to Yaksha and after returning those pot, Barber and his wife life was filled with happiness again.

Learning:
The biggest reason for the deteriorating peace of our life is greed. We should never covet. God has given things to all of us according to our deeds, we should be happy with what we have. If we are greedy, it has no end like the seventh pot.

You May Also Like: Magic Crystal Ball – Greed Story