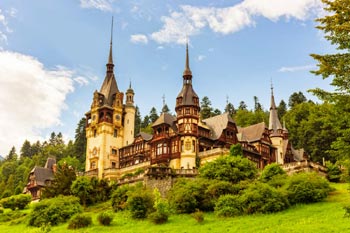 Once an old man wanted his son to learn about secret of happiness so he sent his son far away to meet a man who was known for being wisest man.

Son obeyed his father. It took him weeks to reach that place. There young man saw a very big and beautiful castle on mountain top.

After entering castle, while moving toward the main hall of castle he saw lots of people. Some were tradesmen, some playing soft music, some were conversing in the corner.

Young man was surprised to see all this. He saw that wise men conversed with everyone who came to meet him. Young man had to wait for hours for his turn to meet wise man.


When young man meet wise man and told him about his reason to come there. Wise Man listened to him and said, “I will answer you later.. Meanwhile you look around castle and return after 3 hours.”

Wise man handed a teaspoon with some drops of oil in it and said, “As you wander around carry this spoon with you without dropping or spilling any oil from spoon.”

Young man agreed and went with that spoon. After 3 hours he came back to wise man.

Boy hesitated at first but then confessed that he observed nothing as he his only concern was to save that oil from spilling from spoon, which was given to him by wise man.

Wise man said, “Now, again go around the castle carrying this spoon with oil but this time see and enjoy beauty of castle too..”

Young man again took that spoon and went to explore that castle. This time he observed all the art work, gardens, mountains and beauty of flowers. Upon returning to the wise man, he related in detail everything he had seen.

Wise smiled and said, “I am happy that you liked what you saw but tell me one thing.. where is the oil which you were carrying in this spoon??”

Young man almost forgot about oil and spoon. When he saw that he found that all the oil was gone from the spoon while he was busy admiring beauty..

“Well, young man.. there is only one advice i can give you.. Secret of happiness is to see all the beauty and marvels of world but never to forget the drops of oil on the spoon”, said wise man.

Moral:
Secret of Happiness is to Enjoy life but never to forget our Responsibility.

You May Also Like – How Many Friends You Need to be Happy?