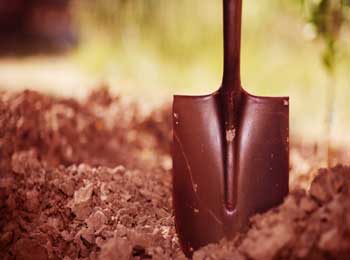 Once in a town lived a man and his wife. Man had really bad temper and used to beat his wife.

Unfortunately one day even though he didn’t wanted to kill her, wife succumbed to his beating and died. When he realized what happened he became fearful of wife’s relatives and thought of consequences.

Just thought of what his relative would do to him, he shivered with fear.

In state of anxiety he went out to met one of his acquaintance and told him about his problem and asked him for solution.


That acquaintance instead of reporting him to police or telling him to go to police and admit his crime, gave him an idea.

He told him that – he should invite an young man to his house and behead him then put that young man’s head beside his wife body and tell all his relatives that as he reached home, he found both of them in bed and killed both of them because he was unable to control his anger.

Man liked the idea and went back to his home. He hid her wife body in his room and then went out. As he was passing by his street he met a young man.

He talked him into coming to his house. Young man agreed and walked to his home with him. He poisoned him and then beheaded him. He did as his acquaintance has suggested him to do.

Later he called all his wife’s relatives and told them story he made-up to cover his crime. Listening to his story relative couldn’t blame him and all left.

His relatives went away but his acquaintance who devised plan had a teenage son who didn’t came home last night. He was worried.

Just then man who was saved by his plan came to thank him and told him that his plan worked and then he took out his phone and showed him picture of dead body of his wife and beheaded young man.

His acquaintance was shocked when he saw that the youth he had killed was his own son. His evil advice caused the death of his own son.

Moral:
If you dig a hole for others, you are sure to fall in it yourself. Those who conspire against others, bring all those bad times to them.

This also implies that It is said that when we do good to others, when we help others, when we sympathize with others we are doing those to ourselves and we get all those benefits and all those goodness returns back to us.

Keywords: Scary Stories for Adults – Think Before You Give Wrong Suggestion Disturbing Story, Never Do Wrong to Others Moral Stories