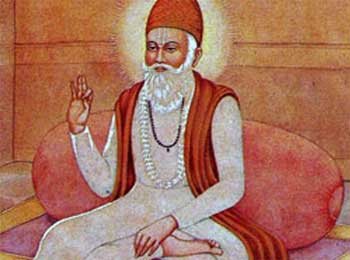 Reason for Fights in Married Life and It’s Solution


Everyday people from far off places used to come to listen satsang done by Saint Kabir. One day after satsang was over, a man kept sitting.

When everyone left. He went to Saint Kabir and said, “I have to ask you something. I am a householder and i always get in fight with my family members, specially my wife. I want to know why i have so much trouble at home and how it can be overcome.”

Saint Kabir kept quiet for a while and then called his wife and said, “Bring me a lighted lantern.”


Kabir’s wife went and brought back a lighted lantern. Man was surprised to see this and thought to himself, “Why Saint Kabir had asked for lighted lantern in such an afternoon.”

After a while Kabir again called his wife and said, “Listen, bring me some sweet.”

This time instead of something sweet, his wife came back with some snacks and gave it to Kabir.

Seeing this man thought, “It is probably house of lunatics. Salty snacks instead of sweet and lantern in daytime.”

Then with disappointed look on his face man said, “Kabir ji. I am leaving.”

Saint Kabir asked, “is your problem solved now? Or is there anything more you need to ask?”

Man replied, “Solution! What kind of solution is this? I couldn’t understand.”

Saint Kabir said, “When i asked for lighted lantern, my wife could have said – are you crazy? why do you need lantern in such afternoon?

But she thought i might need it for some work, so she bought it without saying anything.

When i asked for sweet. she bought back snacks. May be there was nothing sweet in house, so she bought snacks, that’s what i thought and didn’t said anything.”

Kabir continued, “What’s there to dispute about it. When we avoid fighting and trust each other, we can save ourselves from getting into quarrel.”

That man understood that Saint Kabir did all this to show him solution for his problem.

Then Kabir said, “In household life, balance is made by trusting each other, if husband makes a mistake.. woman take care of it and if there is an error with woman, then husband ignores it. That’s basic mantra of family life.”

Learning:
Why do we fight at home? The reason is ego and lack of mutual trust. Husband and wife are complimentary of each other. That’s why if one make mistakes then other should act wisely, keep calm and try to solve problem with love not with anger. In household life, one’s shortcoming should be given less attention and trust should be given more importance.

You May Also Like: Finding Faults – Husband Wife Sad Story