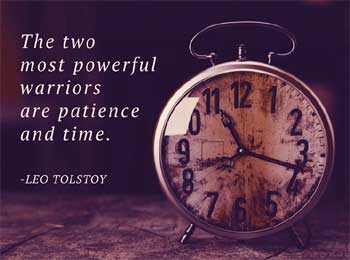 A Sadhu used to sit at side of river bank. He would sit there whole day, muttering and shouting in loud voice from time to time, “You will get, whatever you want.”

People passing by would think of him as insane. They would listen to him and laugh at him.

One day an unemployed youth was passing by and voice of that Sadhu reached his ears, “You will get whatever you want.”

Hearing this sentence, young man came to Sadhu and asked him, “Will i be able to get whatever i want. Can you really give me what i want?”


Sadhu replied, “Yes, but first tell me what do you want?”

“I want to become a big diamond dealer one day. Can you fulfill my wish?”, spoke young man.

“Of course, i will give you a diamond and a pearl. Make as many diamonds and pearls as you want.”, spoke Sadhu.

After listening to Sadhu, light of hope shone in eyes of young man.

Then Sadhu asked him to extent both his palms. Young man put his palms in front of Sadhu.

Sadhu placed his hand on one of his palms and said, “Son, this is the most precious diamond in this world. This is called “TIME”. Hold it tightly in your fist. With this you can make as diamonds as you want. Don’t ever let it out of hands.”

Then monk placed his other hand on other palm of young man and said, “Son, this is the most precious pearl in the world. This is called “PATIENCE”. When the desired result is not achieved even after spending time in any work, then wear this pearl called patience. If you have this pearl with you, you can achieve whatever you want in this world.”

Young man carefully listened to the Sadhu and thanked him and left. He got two Mantra to achieve success.

At that moment he decided that he would never waste his time and would always work with patience.

After sometime, he started working with a big diamond merchant. In few years, he learned every trick of business diligently and one day, realizing his dream with his hard work and perseverance, he himself became a big diamond trader.

Learning:
Never let your time go to waste and don’t give up on patience in difficult times. Success will definitely come.

You May Also Like: Hard Work and Success – Young Man Story