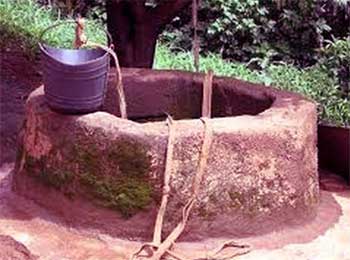 In ancient times, Children were sent to Gurukul to study. Students used to study and do small chores under their Guru’s guidance while staying in Gurukul.

One boy name Varadraja was also sent to Gurukul to study.

Soon, he got friendly with other students in Gurukul but he was very weak in studies. He would do daily chores diligently but anything that Guru ji taught, was poorly understood by him and for this reason he was often ridiculed by others.

At year end, all his classmates were promoted to next class but he couldn’t make it.


Guru ji finally gave up and said to him, “Son, Varadraja, i have tried everything and made all efforts to help you to learn but still you can’t understand anything. So it’s better for you to go home and help your family with household work.”

Varadraja also thought that perhaps studies in not something that he can do and with heavy heart left for his home.

It was afternoon time. He started feeling thirsty, so he went around looking for some water. Looking around, he found that some women were filling water from a well. He went near well to drink some water.

When he got near well, he saw some marks on solid stone kept near well which were used under rope to draw water from well.

He asked woman, “How did you made this mark?”

Woman replied, “Son, we didn’t made this mark. It’s there because of this soft rope repeatedly used over it while drawing water from well. Repeated use of rope made such marks on this stone.”

Listening to this Varadraja got into thinking.

He pondered that when repeated movement of a soft rope can make deep marks on such solid stone then why can’t i Learn with Constant Practice.

Thinking this, Varadraja went back to Gurukul with a lot of enthusiasm and started studying tirelessly. Guru ji was also happy to see him working hard and cooperated fully.

Moral:
Practice is very important whether it is in sports or in studies or anything else. One cannot succeed without practice. If you will be sitting on mere luck without practice then at the end you will be left with nothing but regret. Therefore, by putting patience, hard work and perseverance with practice, one can get to his/her destination.

2 thoughts on “Rope Marks on Stone – Importance of Practice”