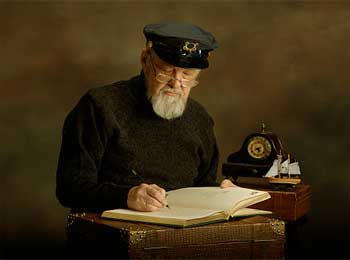 A sailor had been working on a ship for three years. One day sailor got drunk at night. This happened for the first time in three years.

Captain recorded the incident in the register as – The sailor was drunk tonight.

Sailor read that and knew that this one sentence would have very bad effect on his job. So, he went to captain and apologized about it and then requested him to add to what he had written – This happened for the first time in three years. Because this was the whole truth.

But captain denied his point and said, “Whatever i had entered in the register is the truth.”


After a few days it was sailor’s turn to fill the register.

He wrote in register – Captain was not drunk tonight.

When captain read that in register, he asked sailor to change this sentence or write something else because what was written showed that captain used to drink every night.

Sailor told captain, “Whatever i have written in the register is true.”

Both sentence were true but the message that comes from both was like a lie.

Learning:
First – We should never talk in such way that even though it is right, it gives wrong message.

Second – After listening to something, before making an opinion or reacting on it, one should think at least once whether there is any other aspect on that matter or not.

In short, we should avoid Half Truth.

You May Also Like: Filter Test for Rumors! Socrates Story

Search Keywords: Record on Register – Captain and Sailor Story, Meaning of Half Truth Short Story with Important Life Lesson for Adults, Must Read Story with Deep Meaning, Half Truth is like a Lie Story to Share with Family and Friends