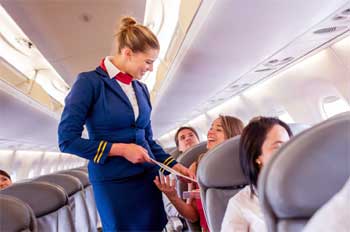 Once an old white woman arrived at her seat on a crowded flight. Immediately when was at her seat she started calling for attendant that she didn’t want that seat and demanded a new seat.

Flight attendant listened to her complaint and said, “Mam, let me see if i can find any other seat till then please sit here.”

After a while fight attendant returned and said, “Sorry mam, there are no seat available in the economy class but let me check with captain and see if there isn’t any seat available in first class.” and then she left.


After about 15 minutes she came back where white lady was seated and said, “Captain confirmed that there is one seat available in first class.”

She continued, “According to our company policy we can’t move a person from economy to first class but because it would be wrong to force a person to sit next to an unpleasant person, so captain agreed to make the switch.”

Now before white lady could respond to flight attendant, she gestured toward the black man sitting next to white lady and said, “Therefore sir, If you would kindly take your personal items, we would like to move you to the comfort first class as flight captain doesn’t want you to sit next to an unpleasant person and ruin your flight.”

Passengers in the seats nearby began to applause while some gave a standing ovation.

Moral:
We should not Disrespect and Discriminate people on basis of caste, class or race.

You May Also Like: King Punishment and Servant Story