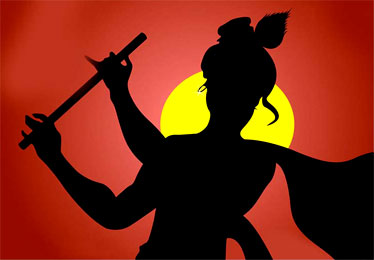 One day Akbar asked Birbal, “Why does God takes Human form when he can do everything just by his will..?”

After listening to question Birbal asked Akbar to give him time to give him sometime so that he can think of way to give Akbar a suitable answer to this question.

In meantime, Birbal went to room of Akbar’s son. There Birbal went to maid who was looking after Akbar’s child and told her, “Today Akbar asked me one philosophical question and I have to give a proper answer to Akbar on a that question and for that i need your help.”


Birbal continued, “Now listen carefully.. When Akbar come and sit by pool side to play with his child, hide his child inside. Instead bring a toy-child outside and pretend to tumble near pool and throw that toy-child into pool.”

At end Birbal ensured her that she will not get in trouble for that. She was delighted to help Birbal and agreed to do so.

In evening as usual routine Akbar returned from his evening walk and sat on bench near pool to play with his son. After sitting there Akbar asked maid to bring his son there.

As per Birbal’s plan while bringing child to Akbar maid slowly walking by side of pool pretended to lose balance and threw toy-child into the tank.

Akbar at once rushed and jumped into pool to rescue his son.

Only then Birbal came with Akbar’s son and said, “Don’t worry. Here is your son.”

Akbar got angry at his act and ordered him to be punished for this prank.

Without wasting time Birbal said, “I have given practical answer to question you asked me today in the court. Even though there were so many servants to rescue your child still out of affection for your child you yourself jumped into pool.

Similarly, Although God can accomplish everything by mere willing yet he himself comes in this world in human form out of Love for his Devotees and to rescue them from trouble and Bless them with his presence.”