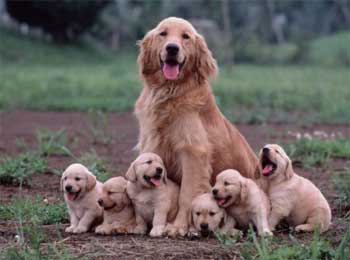 
A Mother dog and her pups used to live on a farm. On farm, there was a well. Mother would always tell her pups to stay away from well and never to go near or play around it.

One day, one of her pup got curious and wondered why they weren’t allowed to go near well. So, he decided to go there and see for himself.

Pup went down to well and climbed up wall to peek inside. When he peeked inside, he saw his own reflection in water and thought that it was another dog.


Little pup got angry at reflection, when his reflection was imitating him. If he barked then sound echoed from well.

Pup decided to fight and jumped inside well, only to find that there was no dog. He was stuck in well, so he began to bark and bark until farmer came to rescue him.

Pup learned his lesson and never back to well again.

Moral:
Always Listen to what Elders say and Don’t Defy them. 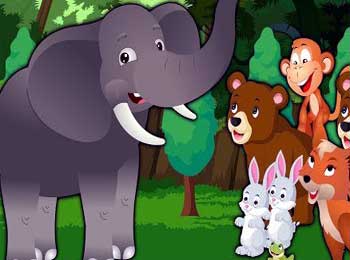 Once in a forest lived a elephant who was alone. He walked through forest, looking for friends. Soon it saw a monkey and asked, “Can we be friends?”

Monkey refused saying, “You are big and can’t swing on trees like i do. Therefore i can not be your friend.”

Elephant continued his search of friend, some time alter, he stumbled upon a rabbit and asked, “Can we be friends?”

Rabbit replied, “You are too big to fit my burrow. Therefore, you can’t be my friend.”

Elephant continued his search and met a frog and asked same question, “Will you be my friend?”

Frog replied, “You are too big and heavy and can not jump like me. Sorry but we can’t be friends.”

One day, elephant saw all forest animals run in fear. It stopped rabbit to ask what was happening. Scared rabbit told him that a tiger was attacking all small animals.

Elephant wanted to saw other animals, so it went to tiger and said, “Please leave my friends alone. Do no eat them.”

Tiger didn’t listen. He said elephant to not disturb his hunt.

Seeing no other way, elephant kicked tiger and scared him away. Upon knowing this, all other animals came to elephant and said, “You are just the right size to be our friend.”

Moral:
Friends come in Every Shape and Size.

One thought on “Pup Curiosity and Elephant Friends – Short Stories”