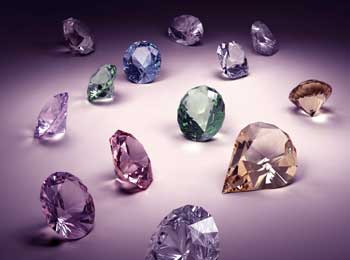 Once upon a time, In a kingdom lived a priest who had magical power and knew a special spell which was given to him by his teacher. There was a condition on use of that special spell that it can be used only once a year at a specific time.

Priest had a disciple who was a very good student and was intelligent and able to understand his teacher even most difficult lessons. He was obedient and faithful and always wishing to honor and protect his teacher.

One day priest had to go on a trip faraway from village. Since trip was long and he had to pass through dangerous road, he asked his disciple to come with him.

Both priest and his disciple were going on their trip and along this road, they were attacked and kidnapped by a gang.


Gang demanded 5000 gold coins to release him. So, priest sent his disciple to get them from his village.

Before leaving disciple knelt before priest and bowed respectfully. He said to him in low voice, “Master, Tonight is night when you can use your special spell once a year but please do not use this spell. I will come back with ransom money. Please bear till then.”

After disciple left. In evening, kidnappers tied up priest tightly and left him and outside their cave for night and gave him nothing to eat and drink.

At night moon came out. Priest was in pain. He looked at and saw lining up of planet and knew that this is time his spell could work. He thought to himself, “Why should i suffer like this when i can pay my own ransom using my magical spell. My life is much more worth than jewels.

Besides this lucky night comes only once a year. I can not waste this cane to use my great power.”

Priest decided to use the spell. He called out kidnappers and said, “I can make you rich beyond your wildest dream. For i am great and powerful. You must trust me and untie me. Treat me properly, let me wash my head and face and dress me in new clothes. Then after honoring me properly, leave me alone to do my magic.”

Kidnappers wanted money so they agreed and did as said. But they didn’t trust him completely, they hid in bushes and secretly watched him.

Suddenly he was showered with the most beautiful jewels from sky.

Seeing such beautiful jewels, kidnappers came out of hiding and grabbed all precious stones. They thought that if priest can give them so much jewels why leave him. They tied him up again and took him with them.

On way they were stopped by another gang of robbers. That gang demanded money from them.

Kidnappers were less in number. They knew they couldn’t win against them so they bring priest to them and said, “Leave us alone and you can get all the riches from this priest. he knows a magical spell with which he can make precious jewels shower. He can do this for you also.”

Priest replied, “Of course i can give but now you have to wait for another year as i can do this spell only once a year. You can come see me next year and i will give you all the jewels i get at that time.”

Robbers didn’t believe him and angrily said, “You tricky priest you are lying. You made kidnapper gang wealthy but now refusing to do same for us.”

Saying this they killed priest.

Then they attacked kidnapper gang for jewels and killed them all. After getting jewels robbers started to fight between them and in bloody battle all died.

Few days later, disciple returned with ransom money. He went inside forest but couldn’t find priest and kidnapper gang. Instead he found only things left by kidnapper gang before they left in hurry.

When he continued in search and he found his teacher dead body. Disciple mourned his death and built a funeral pyre and covered it with flowers. He burned his body as per rituals and gave his last respects to his teacher before leaving.

Little further on his way, disciple found body of kidnapper gang. Then he walked little further in search to know what may had happened. He found bodies of another gang then near them he found bundles of jewels.

Seeing jewels he could tell immediately what had happened.

He thought to himself, “It is so sad. My teacher had great knowledge but not enough wisdom. Regardless of result, he couldn’t resist using his magical spell and that resulted in end of so many people.”

Then Disciple took that bundle of jewels and took it back to village and used it for benefits of many.

Moral:
When Power had No Conscience and Greed has no Limit and Killing has no End.