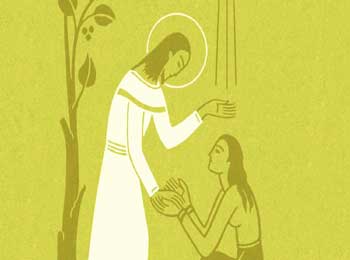 Once lived a preacher who used to say to people – Come and Follow Me. I will Show you the way to God.

But people had thousand of things to do and would say – We respect you and One day we will come to follow you but right now it is difficult.

So this preacher went from town to town and asking them to follow him, people would respond that they wanted to but can’t because of present engagement.

Preacher was happy because nobody ever followed him and there was no trouble.


But one day, a man came to him and said – I will follow you.

Preacher became a little afraid but still he said – Come.

Preacher would give him procedures that were so complex that were almost impossible to do.

But that man would do them, complete them and even his teacher couldn’t find faults with his doings.

Preacher thought that one day that man would get fed up. So both continued their journey together.

One year passed, two years passed and man was still following preacher and would say – Now, what else to do?

Disciple was too much… Now, preacher became more afraid. Now he could not think of anything to say to him to do because man was doing everything.

One day disciple said – Tell me what should i do? I am ready to do anything but you are not giving me anything..

Preacher replied – Truth is, in your company, i lost my own way. I used to think that i know where he is but since you have come.. I don’t know anymore. You just have mercy on me and leave me…

Learning:
Pseudo master can exist because his techniques will never be put to any experimentation. First nobody is ready to do them. Second if somebody tries to do it, they are so complex that it can always be said that you are not doing them rightly, so complex that you cannot trust yourself and you are always afraid that something may go wrong.

But a Real Master will give you very simple techniques – Anybody of Average Intelligence, of Average Health, can do them.

You May Also Like: Young Man Search for Perfect Master!!