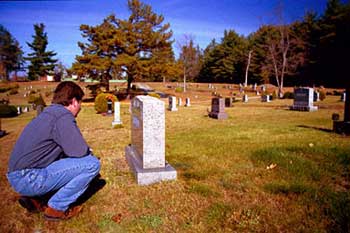 A person went to Abbot and asked him, “What would be the best way to please God?”

“Go to cemetery and insult the dead.” replied Abbot.

Person did was told to do by Abbot. Next day he came back to Abbot.


When abbot met person, asked him, “Did they respond?”

Person answered, “No. they didn’t.”

Then Abbot said to person, “Go praise them instead.”

Person obeyed his orders and did same. Next day again same person came to see abbot.

“No. They didn’t”, Person replied.

Now Abbot told him, “In order to please God, do exactly same. Take no notice of Men’s scorn or of their praise, In that way you will be able to find your own path.” 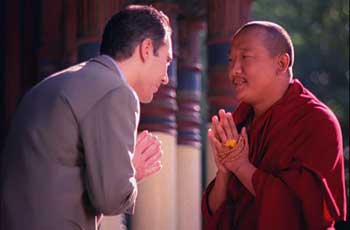 Once a very rich man went to see a Monk in order to seek advice from him about What he should do with his life, What’s purpose of his life.

Monk led him over to window and asked him, “Can you see through the glass?? If yes, Tell me what you see??”

Man replied, “I can see people coming and going along the street and there is a blind man begging for alms in the streets.”

Now Monk led him toward a large mirror and asked, “Now look in mirror and tell me what you see?”

After looking at the mirror man replied, “I can see myself in the mirror.”

Monk looked a rich man, smiled and said, “You can see yourself and you can’t see others!!”

Monk continued, “Did you notice that window and the mirror both are made of same basic building material but Because Mirror is coated with fine layer of Silver, all you can see is yourself. Same is with human’s. You will only be Worth anything when you have Courage to tearing away that coating of silver covering your eyes and being able to see and feel compassion and love for your fellow man.“