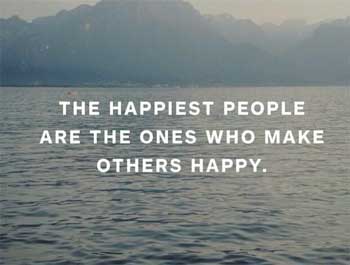 Once a man from village wearing old dirty clothes arrived at a large hotel with his 16 years old daughter.

Seeing both of them sitting, waiter placed two glasses of water in front of them and asked, “What should i bring for you?”

Man said, “I promised my daughter that if she come first in her class 10th exams, at district level then i will bring her to largest hotel in city to give her treat as reward. She got first place.

Now it’s my turn to fulfill my promise. So, please bring a dosa for her.”


Waiter asked, “What to bring for you sir?”

Man replied, “Nothing. I have only enough money to pay for one dosa.”

Hearing this whole thing, waiter went to owner and told whole story and said, “Sir, i want them to have complete breakfast meal. At present i have no money. So, please deduct bill amount from my salary.”

Owner said, “Today, we will give a party to them for success of his promising daughter on behalf of hotel.”

Hoteliers decorated a table and celebrated success of poor girl with his father and all attendees.

Owner also packed them a large bag with three dosas and a box of sweet as gift to be distributed in girl’s neighborhood.

After receiving so much respect, poor man went to his house with tears of joys in his eyes.

Time passed. Same girl passed the Examination of I.A.S (Civil service exams in India) and came back to her home town as city’s collector.

After returning there, she sent a message to hotel owner that City Collector will come for breakfast and booked a table for her.

Hotel owner decorated a table well and upon hearing news about arrival of City’s collector at hotel, entire hotel was flooded with customers.

Same girl as City’s collector arrived at hotel with her parents. Everyone at hotel stood in her honor.

Owner presented her with a bouquet and requested her to order.

Just then, girl stood up and bowed in front of hotel owner and waiter and said, “May be both to you did not recognize me. I ma same girl whose father didn’t have money to afford another dosa.

There was no money and still both of you, presenting a true example of humanity, held a great party in joy of me being passed and packed sweets for my whole neighborhood too.

Today, i became collector because of both of you. I was encourage to work harder and achieve my dream. I will always remember you both for your favor.”

Then she turned around and announced, “Today’s party is from my side and i will pay bill for all customers present and entire hotel staff.”

Learning:
One should not make fun of poverty of any poor, Respect one’s talent and encourage them. It is possible that because of you some one reach their destination.

Search Keywords: Best Heart Touching Story of Poor Father and Daughter, Stories about Being Happy for Other and Encouraging Other