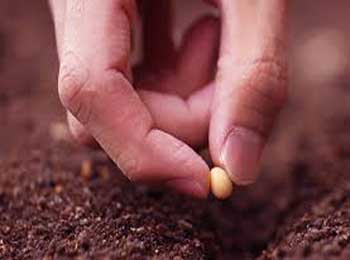 Once a successful Business man was growing old, he knew that it was time for him to choose a successor to take over his business.

In morning, he called all young executives in his company and said, “It’s time for me to step down and choose the next CEO. All of you will get chance to be one.”

CEO said, “For this, i am going to give you all, a seed – special seed. I want you to plant that seed, water it and care for it. Bring it back after one year from today with what you have grown from seed. After judging those, i will choose next CEO.”


There was one Executive name John, He bought back seed home. Bought pot, soil and compost and planted seed.

Everyday, he would water it and watch it to see if it had grown. Even after five weeks were over, there was nothing where as some executives in company even began to talk about their plants that were beginning to grow.

After six months, still nothing in John’s pot. Everyone else had tall plants. John didn’t say anything to his colleagues. However, he kept watering and fertilizing the soil as he wanted seed to grow.

Year went by and all young executives of company brought their plants for inspection.

John had no plant, just an empty pot. He took his empty pot and seeing it many of his colleagues laughed at him, few felt sorry for him.

When CEO came and checked plants. He asked everyone else to sit down except John.

He looked at John and then announced to other executives, “Behold your next CEO name is John.”

John couldn’t believe it because he couldn’t even grow his seed. He bought empty pot.

Other’s were shocked and asked, “How could he be new CEO?”

Business Man said, “One year ago, i gave everyone present in this room, a seed. Told you to plant it, water it and bring it back to me today.

Thing is, I gave you all boiled seeds, there were dead. It was not possible for them to grow. Yet, all of you except John have bought me plants.

When you found that seed wouldn’t grow, you substituted another seed for one i gave you. John was only one with courage and honesty to bring me a pot with seed that i gave.

Therefore, he is one who will be New CEO.”

You May Also Like: Caring for Others.. (If you do Good, Good will Return to You)