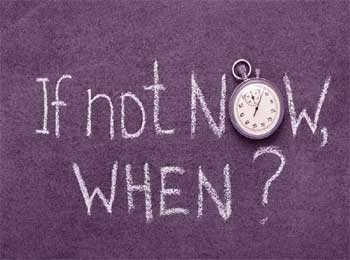 Once upon a time a beggar came to Yudhisthira. He asked him for help. Yudhisthira was busy that time so he just replied, “Come tomorrow..”

Beggar left. After beggar went away, Bheema (younger brother of Yudhisthira) took a big drum and starting beating drum furiously. With every beat he started walking toward city with that big drum.

Yudhisthira saw this and was surprised at his act. So he went to Bheema to ask him about it.

Bheema replied, “Brother, i just found out that you have won battle against time and i wanted to tell this to everyone in this city.”


Yudhisthira looked at him and said, “What do you mean?”

Even if you both are alive, can you be sure that you would still in position to give anything to him?? Or do you know he will still be needing anything from you tomorrow?? How do you know that you both can meet tomorrow for sure?

That’s why i said that you are first person who has won time and that what i wanted to tell all people of this kingdom.”

Yudhisthira got the message behind this talk and called that beggar right away to give the necessary help.

Moral:
We Never know what is there in Future, What would come Next moment. We should not leave things on Tomorrow.

Keywords: Pandavas Short Stories – Doing Work on Time Stories for Kids, If Not Now, When? Mahabharata Stories with Moral